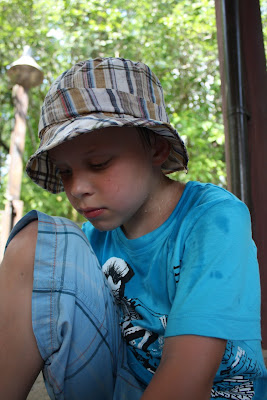 sometimes as parents we forget that our children are here to teach us just as much as we are here to teach them. or at least i forget this (and too often). this is especially true when things feel more chaotic, like after a move. my son does not respond to chaos well. you probably wouldn't guess this if you knew him, because he is very good at creating chaos. when he is feeling out of sorts he responds by making sure everyone else shares this feeling. it can be hard to remember to be patient and understanding when he is doing his best to make you feel completely frazzled and annoyed!

this week he has started making this annoying noise. a sort of laugh, that is a cross between fran drescher's laugh and a jack hammer... at the highest decibel level possible. we mostly ignored it at first (except when out in public), but it finally got the better of me yesterday, and i snapped. i told him he had to stop that terrible laugh because it was driving everyone (read: me) crazy. he informed me he learned it from a kid named harry at camp... which had ended last week. i made a snide comment under my breath questioning whether this kid had any friends with a laugh like that. my son, of course hearing me, brightly told me that harry was friends with everyone! I looked at him doubtfully, but then he told me that harry's "brain works differently" than other people's. i remembered that the camp was very inclusive, allowing all kinds of kids the chance to have fun together. my son had mentioned several kids like this throughout the duration of the camp but i hadn't thought too much of it. then he dropped the bomb, and told me that whenever you make that same laugh in front of harry... he gives you a hug.

ouch. this was definitely one of those high/low moments of parenting. the kind where you realize that your kid really is great, but also that you can be pretty lousy at this whole parenting thing. my son was reaching out to me, and i missed the signs. admittedly it wasn't the easiest sign to read, but i wasn't exactly taking too much time to look for it. it's also interesting that we as humans so often do things to push people away, precisely when we need them the most. i will do my best to keep this lesson from my son in mind for next time, but i'm kind of a "slow learner" and will most likely forget and need reminding again.

luckily i have a good teacher. one who has gotten lots of extra hugs lately.
12 comments:
Email ThisBlogThis!Share to TwitterShare to FacebookShare to Pinterest 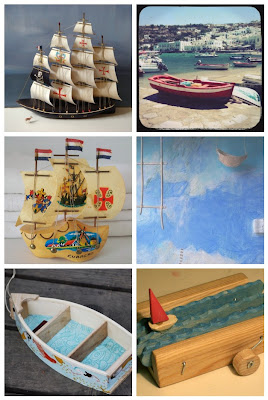 let's sail away... it would be so nice out on the water! 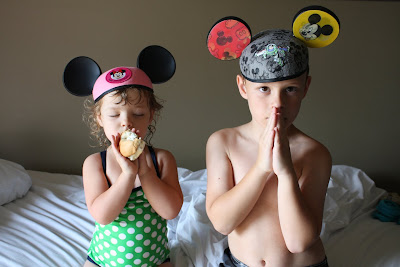 we had a lovely (but extremely hot) time at disney world. i came back to house full of boxes. so much to do! i don't have any furniture... i threw it all out in a fit of "starting over" when we moved, and now we have nothing to sit on. i've started to find some lovely items at yard sales, and i promise to start sharing once again:)
3 comments:
Email ThisBlogThis!Share to TwitterShare to FacebookShare to Pinterest 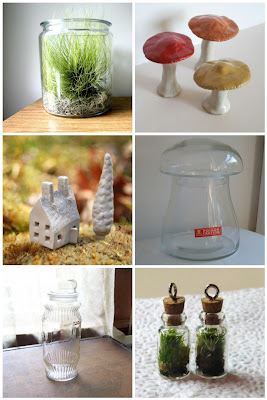 terrarium love! terrariums make wonderful additions to your home, and they are terrific gifts. there are lot's of wonderful terrarium sellers on etsy but i thought i'd show some supplies for starting one of your own (plus a set of unique terrariums pendants i couldn't resist showing).

i won't be around much this next week. we are moving into our new house, and don't have internet connection yet. i'm also off to disney world next week! hope your summer is going lovely so far, and i will check in soon. 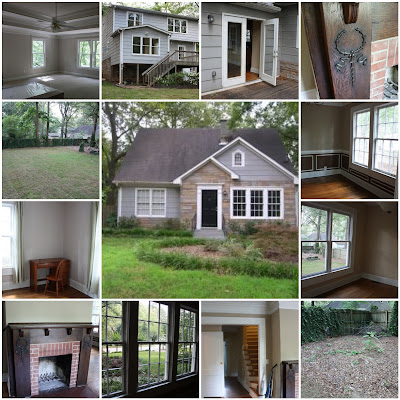 here are some quick photos i took of the house this week. not the gretest pictures, but i wanted to get some before we moved in. it takes so long to start getting a house in order after that. click on the flickr links to get more descriptions of each. i want to start painting soon, and i'll share those photos as i do... so some of these will be the "before" photos then:)
8 comments:
Email ThisBlogThis!Share to TwitterShare to FacebookShare to Pinterest 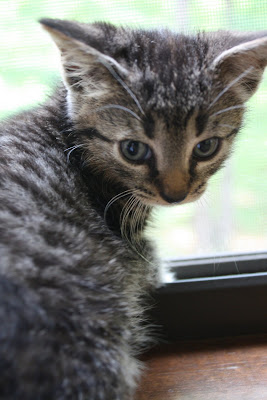 this weekend i made a quick trip up to lexington to see family. while i was there my grandmother told me she had met a woman who rescued some kitties and would i be interested? well, a "maybe" from me turned into us bringing home this little beauty, named bell (short for tinker bell). as soon as a i held her i fell in love. she loves to cuddle, and snuggled right up to me. she is the sweetest little thing, and very calm and easy going (a nice contrast to everyone else in this family)! she is only 6 weeks old and was the runt of the litter, so we have to be careful with her at first... but she is eating very well, and is getting quite bold with her exploration and play. we are watching her grow by the day. i didn't tell the kids (or my husband) and it was a wonderful surprise for them!

we are also busy moving into our new house this week! i took some pictures and will post those next! yay!!!! (can you tell i'm excited?!?!)
5 comments:
Email ThisBlogThis!Share to TwitterShare to FacebookShare to Pinterest 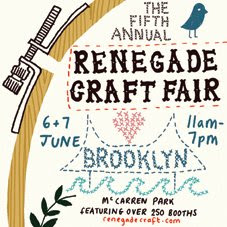 this weekend is the brooklyn renegade craft fair. it's hard to believe it was a year ago that i participated... and now i don't even live there anymore. who would have guessed then? i'm sad to miss it, but if you are in the area you should check it out. it will be in the park this year, which should be nice. some of my favorite vendors will be there, including these from last year. best of luck to them all! I hope there isn't a monsoon like last year! 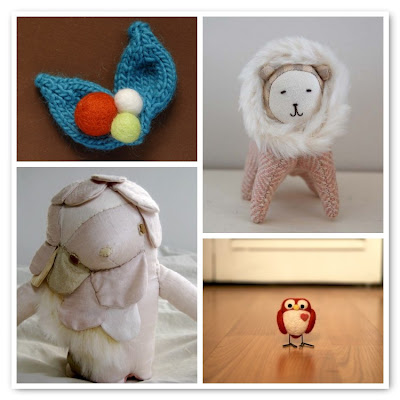 have a good weekend everyone. i'm off on a little mini trip to visit my aunt and grandmother (without the kids). we are also getting the key to our house this weeekend so i should have some pics to share soon!!!!
4 comments:
Email ThisBlogThis!Share to TwitterShare to FacebookShare to Pinterest

the suburbs make you lazy (or at least me)... 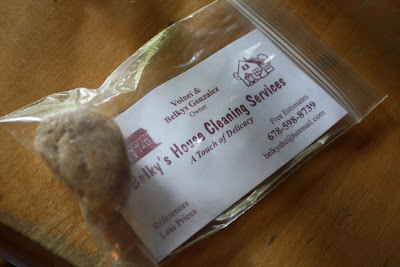 it's very strange for me to live in a place that is so focused on a car culture, especially after living in ny for 11 years (and i don't even drive!!). you have to have a car to get anywhere, especially where i am staying out in the 'burbs. i am so used to walking everywhere.... usually pushing a stroller, with a kid in it, and very likely two tons of bags/scooters/balls/snacks/groceries/etc. (usually the kid is only required to act a as a weight to balance the stroller so it doesn't tip). let's just say i never had to think too much about exercise because it was a necessity of life. things are sooo different here. anywhere you want to go you drive to and through (food, liqueur stores, banks, pharmacies, you name it). after about a month, i noticed a very real difference in my weight and energy level. so now i have to suddenly think about eating less and getting my body moving more.

i never thought i would miss the mile hike to the grocery store once i left brooklyn, but i do. sidney does also, because she occasionally pulls out the old stroller and just sits in it for a while. maybe i should load it down with rocks and go for a walk around the neighborhood. a sort of new york fitness regime. except there are no sidewalks around here. oh well.

the above picture is something i found in the driveway today. apparently the person wanted to pass out business cards, but not get out of their car to do it. so they simply put a rock in a bag along with the card and chucked it out the window. i'm glad i wasn't walking by at the time:)
4 comments:
Email ThisBlogThis!Share to TwitterShare to FacebookShare to Pinterest
Newer Posts Older Posts Home
Subscribe to: Posts (Atom) 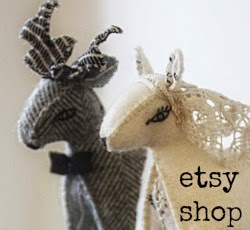 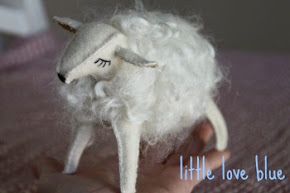 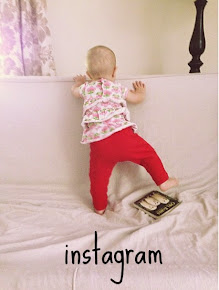